When you think about the world we live in, you most likely feel like it’s getting worse by the day – there is an increasing number of terrorist attacks, education is absent in many parts of the world, many people don’t have access to healthcare or live in extreme poverty, to mention just a few. You may, therefore, be surprised to hear that all the major indicators actually show that the world has been getting consistently better in virtually all aspects for the last few decades! The question, therefore, arises as to why so many of us share such a distorted, negative perception of the world, and what we can do to align it with reality?

The book Factfulness by Hans Rosling aims to open our eyes to just how biased our perception is, and provides us with tools to combat the formation of largely negative views about our world. Before you continue to read this text, let’s check how you stand! Try to solve this quiz developed by Rosling, which he used to test thousands of highly-educated people in the past several years and which he introduces in the first pages of Factfulness.

So, how did you do? Did you manage to score better than a chimpanzee?

On average, Rosling found that our distorted views make us perform worse than chimpanzees, which are a metaphor for a random choice, i.e., typically less than 33% of people choose the correct answer to any one of these questions. Quite staggering, isn’t it? How do we know so little about our own world, especially today when the information is available at our fingertips?

Factfulness guides the reader through ten chapters uncovering one human instinct after the next, each of which distorts our perception. These are the negativity instinct (tendency to focus on negative things, which are also prevalent in the media), the gap instinct (tendency to split things into groups and think that there are gaps between them, i.e., that people live either in low or high-income countries), and the straight line instinct (automatically extrapolating data in a straight line even though such cases are rare), to name just a few.

Let’s take a closer look at one of these – the gap instinct, which will (incidentally) likely make you feel richer than you ever thought you were and which was featured in the first question of the quiz above. As already mentioned, the gap instinct is the tendency to divide things into separate, conflicting groups with an imagined gap between them, such as the idea that the people are separated into “rich” and “poor”. In other words, it’s the misconception of the existence of “us” vs. “them” or “the developed” vs. “the developing” world. These are oftentimes exacerbated by the media, which present only the most extreme cases (and lone stories). And indeed, if babies per woman are plotted against child survival rate for each country, the data falls into two categories – the “developed”, with small families are low child mortality, and “developing”, with the opposite.

If that’s so, there is no real misconception, is there? Not quite, as that is the picture of the world as it was painted by the data from 1965! Fast forward to the present moment, and the world has changed entirely – even in the largest of countries, such as India, families became small and child mortality is low. Only 13 countries (or 6% of the world) remain in the “developing” box, compared to 125 countries (or 98% of the world) in 1965.

What’s more, these changes look very similar for other aspects as well: level of income, access to education, health care, electricity, etc. Therefore, the world used to be divided in two, whereas now most of the world (75%) is in the middle, i.e., there is no “developed” vs. “developing” or “rich” vs. “poor” gap as this majority lives where our imaginary gap is supposed to be. It’s now becoming quite clear that our idea of the world is rather outdated. For example, only 7% of people chose the correct answer to the question on how many girls finish their primary school education in low-income countries (the answer is 60%, while a majority thinks it’s 20%). Similar misconceptions were caught with questions on vaccination and life expectancy.

To cite Rosling: Low-income countries are much more developed than most people think. And vastly fewer people live in them. The idea of a divided world with a majority stuck in misery and deprivation is an illusion. A complete misconception. Simply wrong.

To replace the outdated “us” vs. “them” view, Rosling proposed to think of the world in terms of 4 levels based on the income. A very nice illustration of how the life of a person from each of these levels looks like can be found here. Have you checked it out? And if you did, to which level do you belong and do you feel richer than a few minutes ago? Be sure to also check the Dollar Street project mentioned below.

So how can we combat the gap instinct? We should try to recognize when a story is about a gap and remind ourselves that, usually, there is no gap at all, but rather that the majority “lives” in the middle. In other words, we should search for the majority and beware the comparisons of extremes or averages. To learn about other misconceptions the gap instinct has probably caused to you develop, take a look here.

As a passionate speaker, Hans Rosling spent years trying to spread the idea behind Factfulness. If you don’t have the time to read the entire book and go through all ten chapters, you can check out his TED talk on the topic instead.

Hans’ son Ola and daughter-in-law Anna joined along on this mission. Another interesting project of theirs is Dollar Street, which tries to debunk country stereotypes by visually comparing how people live based on their income level instead of geographical location. Check out Anna’s TED talk on this topic.

Have a thought you wish to share with us? Did you notice that you share these misconceptions with the majority of us? Let us know in the comment section! 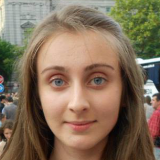 Nikolina is a chemist turned computational biologist, with her current work focused on protein modifications and interactions. Her favourite hobby is painting, and she is passionate about science popularisation.