World Day for Laboratory Animals is marked annually on the 24th of April to raise awareness about experimenting on animals. Animal models have been used for scientific purposes, such as helping us understand cell mechanisms, complex biological functions and in finding new cures for diseases. Due to anatomical and physiological similarities between humans and animals, especially mammals, potential medications, vaccines and therapies are first investigated on animal (and non-animal) models. Clearly, not all results conducted on animals can be directly applied to humans; rather, they help us understand crucial processes and decide whether it is safe to move on to the next level. It is almost impossible to imagine biomedical research being run without animal models as they are crucial for fundamental discoveries – from ancient dissections to contemporary gene editing technology.

What exactly is biomedical research?

It is a branch of science that involves the investigation of the biological processes in the human body relevant to understanding the causes of diseases and finding cures. In the name of preclinical experimenting, various models can be used – and animals are only a part of it (figure 1). The next step would be a clinical trial – on humans.

Nowadays the question of animal rights comes up, regarding the ethical aspects of biomedical researches. The most obvious problem is that not all results obtained on animals can be directly translated to humans. However, as we will see in the text below, the scientific progress made by using animal models is unquestionable. Also, because of the common physiological elements, animals benefit from diagnostic and surgical procedures originally designed for humans. Use of animals in research is strictly regulated by law. One of the most popular is the 3R’s Principle which introduced ethical aspects in laboratory techniques: Reduction (reducing the number of animals in experiments), Refinement (avoiding animal suffering, using anesthesia, ensuring a comfortable and safe environment) and Replacement (substitution of animals with other models). Society is striving towards minimal use of animals in research by concentrating on in vitro models as well as on novel 3D cell cultures – organoids.

The earliest writ­ten proof of animal experimentation dates to 2000 BC when Babylonians and Assyrians documented surgery and medications for humans and animals. However, true scientific analysis began in ancient Greece. Galen (2nd century AD) used a vari­ety of animals (pigs, sheep and goats) to show that arteries carried blood and not air. He also did tests such as severing a nerve and observing the effects, which is why he is considered the founder of experimental physiology. So began the era of dissections, when great insights were made on the basis of the comparative anatomy of animals and humans. As dissections on humans were mainly prohibited, not all discoveries turned out to be translatable to humans. Still, they served as great inspiration for the generations to come centuries later.

Then came the dark Middle Ages, when people were prevented from thinking critically. Practically nothing new was discovered in Europe, whereas in the Middle East, the physician Avicenna made a great impact on medicine; later, his work influenced the whole world. Slowly but surely, in the 17th century, there had been a series of scientific findings on the functioning of animal and human organisms. For instance, William Harvey continued where Galen stopped, by describing the circulation of frogs and reptiles. Robert Hooke described the function of the lungs after keeping a dog alive by filling his lungs with air. The second half of the 19th century gave rise to a new era in biology and medicine, thanks to Louis Pasteur and his discovery of microorganisms in the 1860s. Vaccination, testing for tuberculo­sis, anesthesia, blood transfusion, the discovery of insulin – all depended on animal experimentation. Next, the genomic era was approaching as Thomas Hunt Morgan explained genetic linkage using fruit flies as model animals. Later, animal genomes helped us understand the structure and function of the human genome. The list of discoveries made using animal models rapidly increased starting from the second half of the last century and it goes on, constantly contributing to scientific knowledge and improving the quality of life.

Today, CRISPR (Clustered Regularly Interspaced Short Palindromic Repeats) gene-editing technology is at the focus of biomedical research. The principle of CRISPR is simple, and it was adapted from the natural defense mechanisms of bacteria (figure 2). When a virus (bacteriophage) attacks bacteria, the bacteria cut segments of DNA from the invading virus and use them to create DNA segments known as CRISPR arrays, while harming the virus. Enzyme Cas9 acts like a pair of molecular scissors, capable of precisely cutting strands of DNA. The bacteria’s natural repair mechanisms repair the breaks and incorporate the viral sequence. The CRISPR arrays allow the bacteria to remember the virus (or closely related ones). If the virus attacks again, the bacteria produce RNA segments from the CRISPR arrays to target the virus’s DNA. The bacteria then use Cas9 or a similar enzyme to cut the DNA apart, which disables the virus.

Scientists noticed that they can first cut a specific region of the chosen DNA using Cas9, and by supplying a DNA template of their choosing, like the bacterial mechanism, incorporate it into the sequence consequently altering the gene sequence. CRISPR technology has been widely used for scientific research and has been applied to various model organisms, from plants to primates (figure 3).

Moreover, the importance of this technology is evident in the fact that last year’s Nobel Prize for Chemistry was awarded to two scientists who pioneered CRISPR gene editing, Emmanuelle Charpentier and Jennifer Doudna.

CRISPR-Cas9 has widened the scope of production of transgenic animals, ones whose genome has been altered by the transfer of one or more genes. It has already been used productively in a wide variety of animals: nematodes, fruit flies, malarial mosquitoes, sea urchins, zebrafish, sea anemone, mice, nonhuman primates, and even human zygotes.

Animal models are responsible for some of the most important advancements in many biological fields: animal and human anatomy, physiology, pathology and pharmacology. Without them, the development of new drugs and vaccines, as well as new surgical techniques and anesthesia protocols would be almost impossible. In fact, nearly 90% of Nobel Prize research in Physiology and Medicine used animal experiments in their discoveries.

Did you enjoy? What are your thoughts on animal experimentation? Be sure to click on the links to find out more about the mentioned scientists and journal articles!

If you want to learn more about CRISPR-Cas9 technology, watch the video below: 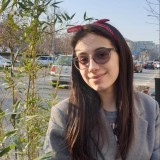 Jovana is a full time book reader and music lover, free time medical student. When she grows up she wants to be a scientist with a sparke of an environmentalist, or maybe both at the same time.